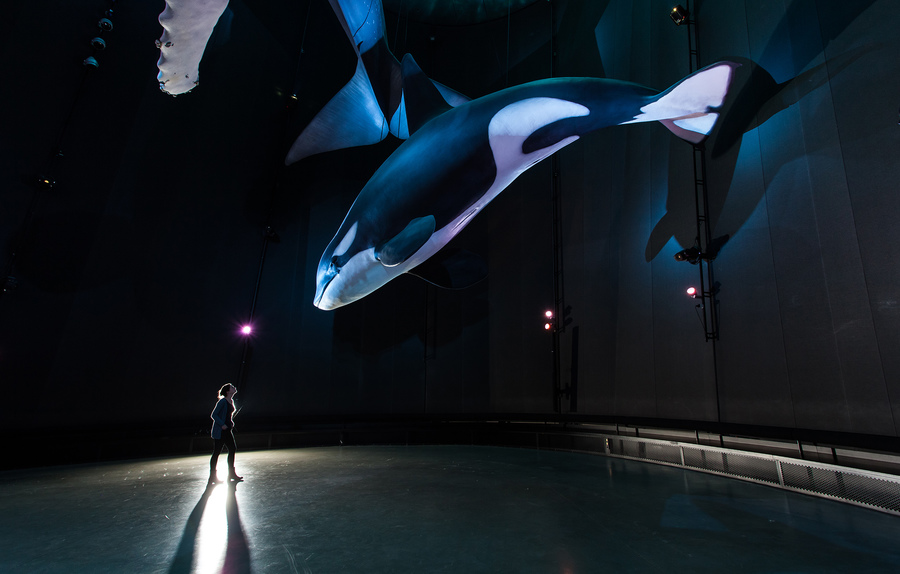 A declaration of love to the seas

On the 11th of July 2008, the German Chancellor, Angela Merkel, attended the opening ceremony of the OZEANEUM on Stralsund’s Harbour Island. This fourth, and youngest, branch of the German Oceanographic Museum is Germany’s largest federally funded museum construction project. The spectacular new building, designed by Behnisch Architekten, has given the harbour of the UNSECO World Heritage city, Stralsund, a contempo rary accent. Since its opening, the OZEANEUM has developed into a popular tourist attract ion. With annually more than 800,000 visitors, the German Oceanographic Museum as a whole has advanced to one of Germany’s most visited museums. The aquaria of the northern seas in the OZEANEUM, together with the colourful tropical and Mediterranean aquaria in the older MEERESMUSEUM branch, make Stralsund a leader in ocean aquaria in northern Europe. In May 2010, the OZEANEUM Stralsund received the European Museum of the Year Award.

Large seawater aquaria in the OZEANEUM take visitors on a unique underwater journey through Europe’s northern seas. The tour through the Baltic Sea begins at Stralsund’s waterfront. Visitors can discover the diverse marine flora and fauna at our doorstep as they journey from the waters of the bodden, to seaweed meadows, chalk cliffs and all the way to Scandinavia’s rocky coast. In the River Mouth Aquarium, the biggest fish of the Baltic Sea, the sturgeon, can be seen. The North Sea Aquarium building presents habitats from the North Sea, the North Atlantic and the Arctic Ocean. The largest tank, holding 2.6 million litres of water, is populated with shoals of fish, several ray species, two nurse sharks and a 2.5-metre sand tiger shark.

The museum was designed such that in each exhibition, the vibrant aquaria complement valuable scientific specimens collected by researchers over decades. The OZEANEUM houses the biggest Baltic Sea exhibition in all of Europe and includes a special plankton display, an interactive Baltic Sea panel, a relief model and large triangular show cases. Further exhibitions include The World Oceans – Diversity of Life and The Children’s Sea. The exhibition, Exploration and Utilization of the Seas with a virtual diving tour, opened in 2011.

Truly breathtaking is the 1:1 Giants of the Seas exhibition. Lifelike replicas of whales, big fish and a giant squid in their original sizes are suspended from the ceiling of a large hall. The largest Giant of the Seas is a 26-metre long blue whale. This mighty mammal is joined by a diving sperm whale fighting with a giant squid, an orca, and a humpback whale together with its young. A further highlight is the multimedia show with penetrating calls of the blue whale, songs of the humpback whale, and clicks of the sperm whale, which these mighty animals use to ommunicate and locate prey at great depths.

Another main attraction of the OZEANEUM is the facility for Humboldt penguins on the rooftop terrace. The underwater acrobatics of these magnificent swimmers can be observed through the aquarium window as well as at the water surface. In June 2011, the first penguin offspring was born. A second one followed in March 2012. In addition to its time-honoured lecture series, the German Oceanographic Museum hosts classical and rock concerts underneath the Giants of the Seas, as well as theatre productions, film screenings, and weddings. Conferences are held in the adjoining historical warehouses.

Exhibitions: World Ocean, Exploration & Utilization of the Seas, A Children’s Sea, 1:1 Giants of the Seas
Aquaria: 50 aquaria invite to a journey from the Baltic Sea to the North Atlantic Ocean, with jelly fish, sturgeons, sharks and rays and other

In contrast to other museums of comparable size the OZEANEUM receives no public funding. Sponsors and donations can support the museum to realize new exhibition projects. 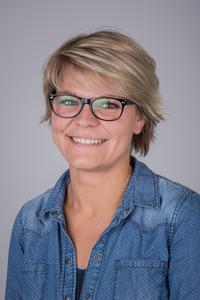