Once a busy seaport in the estuary of the Loire, the fascinating city of Nantes was chosen in the old times by the dukes of Brittany as their historical capital. If the city still boasts a unique architectural heritage with its magnificent Château des ducs de Bretagne, a Renaissance-style castle nestled in a fortress, a medieval quarter and one of the highest cathedrals of France - it has been transformed in the last 30 years probably more than any other city in France. It is not only a vibrant and young metropolis often rewarded for its top-quality of life –Nantes was also Green Capital of Europe in 2013 – but a city where art has literally been integrated in all possible aspects, making it a true example of how artists can turn a city upside down!

The Nantes-born writer Jules Verne would most likely not believe how creativity has made its way in Nantes: from narrow streets to boulevards, walk along the 15-kilometre long green trail, literally painted on the ground to enable visitors not to get lost, and you will be amazed by an incredible diversity of styles, atmospheres and artworks. From 19th  century Passage Pommeraye covered with an impressive glass-roof to the 20th  design icon Station Prouvé; from the new Court House built by Jean Nouvel to the 18 gigantic rings of Daniel Buren (les anneaux!) displayed along the lively Quai des Antilles, on the banks of the Loire; and up to le Belvédère de l’Hermitage of Tadashi Kawamata, everything in Nantes is about transforming landscapes and visions into art. This year, 6 new permanent pieces of art enrich the trail now totalising 66 public artworks. In which other city can you also ride a mechanical Elephant or a marine creature in a 35-metre high merry-go-round?

In Nantes, culture and art are contributing factors of cohesion, and creativity a tool for economic leverage. It does not only make inhabitants proud of their city, but make them feel actors of all changes, and ambassadors of Nantes’ spirit. And when it comes to culture, Nantes is among the first in France in terms of budget spending. It also hosts an increasing number of artists, and theatre troops like the world famous Royal de Luxe.

The cultural project Le Voyage à Nantes not only encourages art and culture in the city, but invites every summer artists from all over the world to use Nantes as a playground for their creativity.

Art and landscape. The Estuaire project, also run by Le Voyage à Nantes, is a unique collection of 33 artworks created by internationally renowned artists that enables visitors to discover the Estuary of the Loire and its diversity of landscapes, by boat, by car or bicycle. All along the 60 kilometre stretch of the estuary, between Nantes and the Atlantic port of Saint-Nazaire, the 33 artworks make this trail an absolutely original experience, and magnify a particular natural setting or landscape. The result is an unexpected combination of realizations and installations, like the Villa Cheminée of Tatzu Nishi, which seems to play with a neighbouring colossal power plant; or the Serpent d’Océan, a gigantic aluminium snake skeleton from Huang Yong Ping surging out of the sea, playing with the tides; and even the largest painting of Felice Varini, spreading over a 2 kilometre-long line that can be seen from a view point of a roof terrace located in the port of Saint-Nazaire. 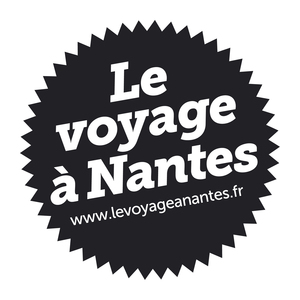