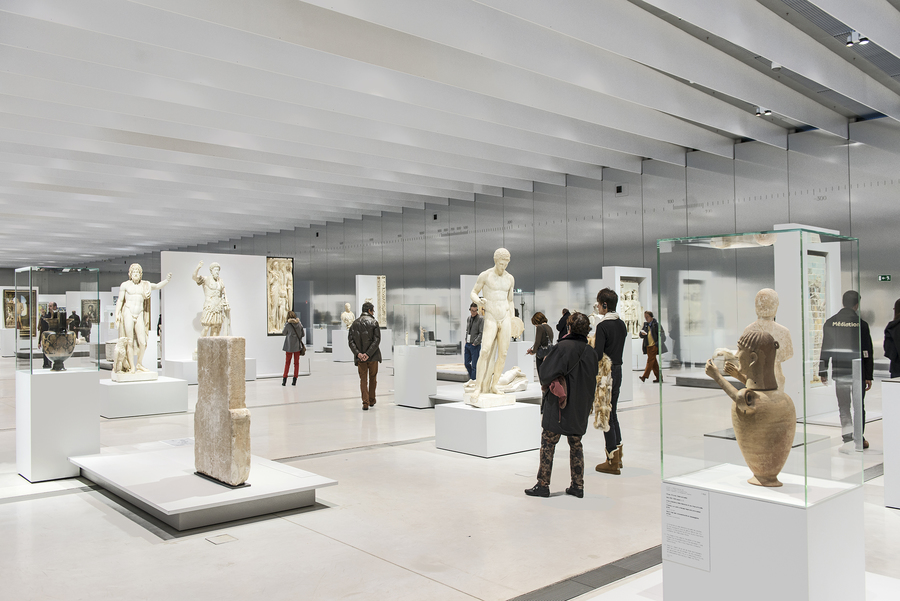 The Musée du Louvre-Lens, located at the heart of a former coal mining area on a site once occupied by pit now reclaimed by nature, is one of the world’s largest museums. Its collections are displayed in a boldly contemporary building designed by the Japanese architects Kazuyo Sejima and Ryue Nishizawa of SANAA. Officially opened on the 4th December 2012, the museum now enjoys international acclaim as a unique must-see attraction.

The Musée du Louvre-Lens is ‘another Louvre’, a Louvre firmly focused on the future.
It is a place for living, sharing and exchanging ideas, offering visitors:
_ regularly renewed exhibits chosen from over 200 major works conserved at the Louvre and displayed here in the Galerie du Temps with its unique chronological, cross-discipline approach to the history of art from the 4th millennium BC to the mid-19th century
_ Two major international temporary exhibitions per year
_ Special exhibitions in the Pavillon de Verre (Glass Pavilion)
_ Behind-the-scenes access to the secret lives of the works on display

The Louvre-Lens also represents a major initiative to promote cultural decentralization and democratization and regional development. As a catalyst for transforming the social and economic fabric of the area, it can only play its part successfully by working in true synergy with other organisations at local, national and international levels.

OUTSTANDING CONTEMPORARY ARCHITECTURE
A SETTING FILLED WITH GLASS AND LIGHT
The museum merges gracefully and harmoniously into its surroundings. The decision to open the new museum on the site of what was formerly a coal mine reflects its intended role in transforming the coalfield while at the same time respecting its rich industrial past.

Altogether the museum covers an area of 28,000 sqm, its grounds extending 360 metres on either side of a central building with walls made of transparent glass. The buildings on the east side of the reception hall – the Grande Galerie, comprising the Galerie du Temps and the Pavillon de Verre – mainly house collections from the Louvre. On the west side of the reception hall are the Temporary Exhibition Gallery and La Scène, a ‘new generation’ auditorium offering programmes directly associated with the exhibitions. 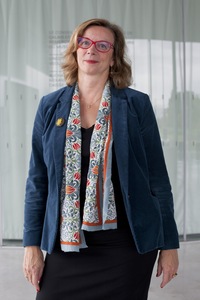 sponsoring packages
Depending on the level of investment, companies can get access to different assets including: branch and/or category exclusivity, tax benefits, sponsor recognition, tickets and hospitality, event creation etc. Tailor made sponsorships will be available in addition to the offer of the Cercle Louvre-Lens Entreprises.