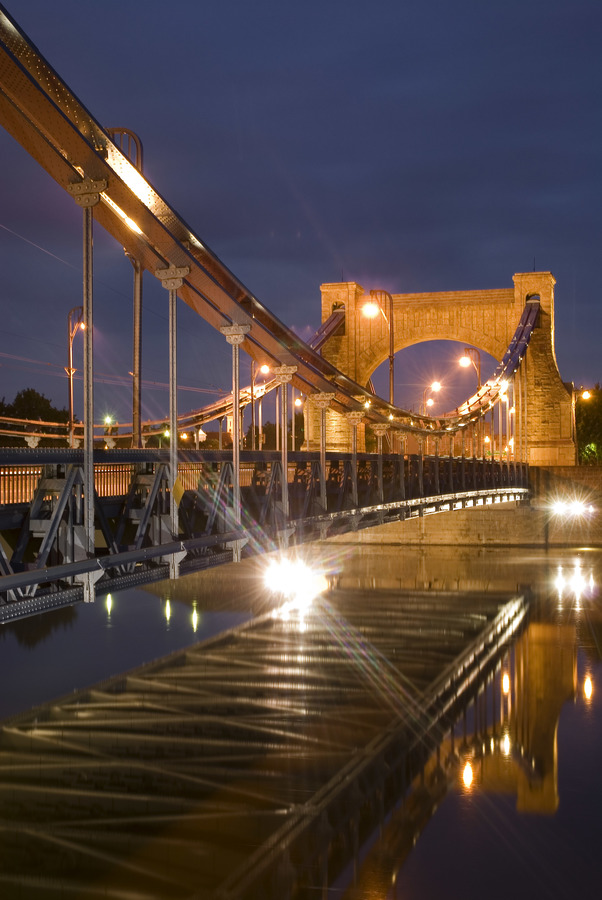 In 2016 the city of Wrocław will become the European Capital of Culture 2016 and the UNESCO World Book Capital. These titles reflect the character of the city marked by its vibrant cultural life, openness of its inhabitants, unique history as well as dynamic development.

In the last few years the city significantly improved its cultural infrastructure, just to mention a few completed sites: a renovated building of the Wrocław Opera, refurbishment of the Centennial Hall or new seats of the Academy of Fine Arts and the Capitol Music Theatre. Next year an enormous building of the National Forum of Music will be opened to public. A cutting-edge Nowe Z˙erniki estate will be constructed as a contemporary reference to the historical WUWA exhibition (“Wohnungs- und Werkraumausstellung” exhibition of modernist architecture started in 1929). First buildings of WUWA II will be erected in 2016.

Yet ECOC 2016 in Wrocław is not only about the infrastructural improvements, but it also involves hundreds of socio-cultural projects carried out in the city. This is why Wrocław won the tough competition between Polish cities contending for this title. Today we know that the abundance of cultural offer for 2016 has surpassed the expectations of the authors of the winning application of Wrocław. There are 8 curators working together towards a diverse programme that will include different artistic disciplines and will adhere to the highest standards.

Although a detailed programme of the ECOC 2016 events will be announced in mid-2015, some plans can already be revealed. As Wrocław’s sister ECOC 2016 city is Donostia San Sebastian, special Spanish and Basque accents will be present as well.

Opera. One of the venues of the ECOC events will be the Municipal Stadium in Wrocław built for the EURO football championships 2012. In June 2016 it will host the Zarzuela superproduction which will involve over thousand artists, including 50 dancing teams and 80 choirs from the region of Lower Silesia, as well as some outstanding Spanish artists and musicians. The event will be prepared by Ewa Michnik, a director of Wrocław Opera and it will be directed by Jose Cura, a world-famous tenor.

Performance. Chris Baldwin, a British director previously responsible for organising the Cultural Olympics 2012 in London, will prepare four large-scale public space events that will engage inhabitants of Wrocław. The open call for one of these events – BRIDGE BUILDERS – started in June 2014. Young
people of Wrocław can apply to participate in this programme, submit their ideas for an artistic transformation of a selected bridge in the city and obtain funding for their project. The final results of their endeavours will be presented in June 2015.

Visual arts. Since 2013 there have been international exhibitions of grandmasters of painting. From Cranach to Picasso and The Brueghel Family attracted more than 150 thousand visitors. From 24th of July until 16th of November 2014 the Municipal Museum of Wrocław will host the Picasso-Dali-Goya. Tauromachia exhibition related to the Spanish traditions and heritage. There are next exhibitions of grand masters planned for years 2015 and 2016.

On average, there will be two ECOC events held each day in 2016. The city will host hundreds of concerts, exhibitions, performances and other attractions. Many of the planned activities and events have already started and are available to inhabitants and visitors.

Wrocław is one of the biggest Polish cities. At various times it also formed a part of the Kingdom
of Poland, Bohemia, Hungary, the Austrian Empire, Prussia and Germany; it became part of Poland again in 1945, as a result of the border changes after WW II. Currently one of the most dynamically developing cities in Poland, with many global companies choosing Wrocław for its accessibility and convenient geographical location as well as
increased inflow of young, and well-educated talents from other regions and countries. A popular tourist destination, valued for its vibrant cultural offer, international ambience and a constantly im proving transport
and technical infrastructure.

The European Capital of Culture Wrocław 2016 project is run primarily by Impart 2016 Festival Centre, a municipal cultural institution established in 2012.

The European Capital of Culture Wrocław 2016 gratefully welcomes offers of sponsoring and support for the artistic and social programmes. Sponsoring the ECOC 2016 project in Wrocław can be a vital opportunity for enhancing brand visibility in Poland and constitute an excellent form of implementation of the CSR (corporate social responsibility) activities.

Bespoke sponsorships will be available in addition to the following categories: