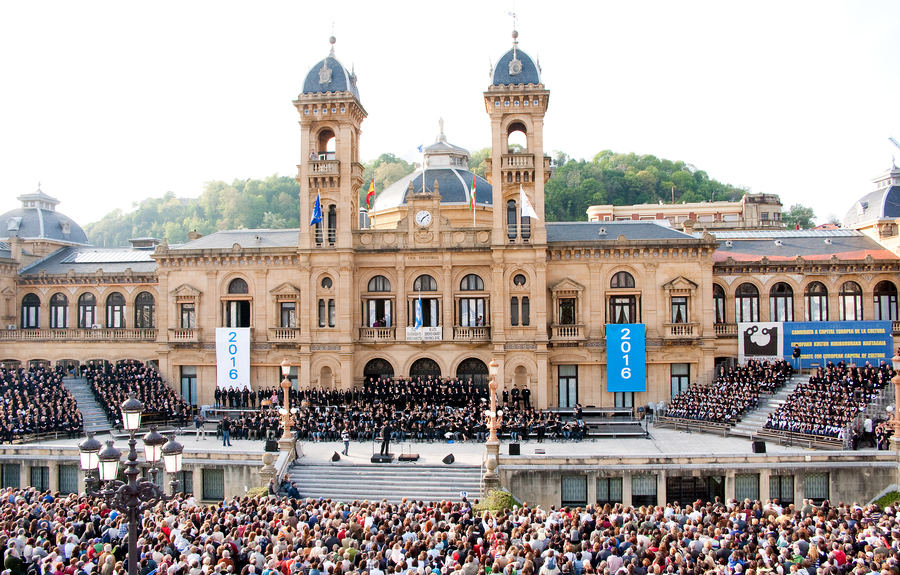 We are committed to culture and education in values as instruments of social transformation and change to take up today’s challenge of Europe, its cities, its people: ”so that different people will learn to get along better with one another”.

Our fundamental values are responsible freedom, human dignity and positive pride; three enormously important pillars that require citizen collaboration to create a society where people have the capacity and aptitude to overcome conflicts and coexist, sharing in peace and coming together as a supportive community.

That’s the idea behind Donostia/San Sebastian 2016, and the part played by the citizens is vital. Their participation is essential in creating waves of energy to draw a new horizon beyond Donostia-San Sebastian. Each and every person is needed: differences must not represent barriers that separate us, but meeting spaces that enrich us and help us to foster culture to overcome violence.

Because we see Donostia-San Sebastian as a laboratory of experiences permitting us to take a new look at our cultural policies and codes. A laboratory to test unusual things, to connect worlds apparently unconnected to one another and to find different answers.

This is an opportunity for creativity and innovation to (re)generate and promote synergies between sectors that often have little to do with one another. An exceptional Partnership opportunity for European companies that share our values and are considering a sponsoring option in a major European cultural event that will generate strong intercultural and socioeconomic impacts . Donostia/San Sebastian 2016 Foundation will be pleased to assist and create tailored partnerships for any company interested in a project that will attract large European audiences.

Lighthouse of Life
This lighthouse seeks to teach us new ways of relating as individuals, with ourselves and with the environment, from the perspective of all subjects that form part of our everyday
lives and convert people into citizens. It understands life as the exercising of responsible freedom. The concepts of this lighthouse are: welfare, degrowth, gastronomy, the common
European geography, sexuality, natural heritage, feminism, architecture, urbanism and sport. All are aimed at fostering a good life, more humanist and sustainable, healthy
in every respect.

Lighthouse of Peace
This lighthouse fosters respect for dignity and human rights as fundamental strategies for solving conflicts and crating sustainable forms of government. Its projects will focus on human rights, coexistence, identity, diversity and solidarity. Particular importance is placed on human dignity as the essential basis of intrapersonal communication and an indispensable foundation for interpersonal relations. The projects encompassed by this lighthouse seek to leave a legacy to serve as a reference in obtaining a more respectful, fairer and more supportive society.

Lighthouse of Voices
The concept of this lighthouse understands the voice as the perfect coupling between the individual and the collective that serves to express oneself, transmit and communicate. Expression covers all contemporary artistic languages; transmission understands the voice as a cultural message passed down from generation to generation or from one cultural reality to another; and communication approaches the voice as the channel or code for understanding one another in 21st century Europe. The voice, no matter what its form, is understood as the representation of positive pride, self-affirmation and defence of what we are and of the group or collective to which we belong.

Donostia-San Sebastian is a medium-sized city with almost 186,000 inhabitants. It is a tertiary, tourist city, eminently commercial, with strong emphasis on services and congresses. In recent years, San Sebastian has moved into the leading position among European cities, largely because of its commitment to science, technology, sustainable development and culture. Its designation as European Capital of Culture confirms this pledge. 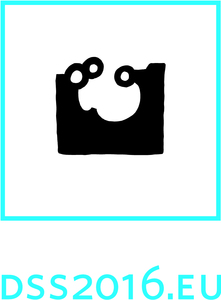 sponsorship packages
Depending on the level of investment, companies can get access to different assets including: use of logos, category exclusivity, tax benefits, sponsor recognition, tickets and hospitality, event creation etc.

Tailor made sponsorships will be available in addition to established categories: