Dream world under a starry sky

Wintergarten Varieté Berlin. This name stands for show, variety and music – entertaining, charming and diversified. Meret Becker or the Tiger Lillies, Max Raabe or Eckart von Hirschhausen, newcomers or international stars of the variety scene: this is where the world meets in a unique atmosphere of mirrors, wood, dark red velvet and the legendary starry sky.

“Europe’s most beautiful variety”, a “jewel among varieties”, “Berlin’s probably most beautiful theater” – these are the superlatives used by the press to talk about the beauty of the Wintergarten.

Every 3-4 months the Wintergarten presents a new variety show from its own production on the pulse of the time with music and excellent acrobatics. The world’s most renowned artistes have always performed at the Wintergarten. For the younger visitors there are, in addition, magical kids’ shows, and on Monday and Tuesday, the Wintergarten Spotlights feature many different artistes from the fields of concert, literature, cabaret and performance.
Let yourself also be seduced in culinary terms, before or during the show, from a selection of sophisticated snacks to a classical 3 course menu, paired with an excellent bottle of wine, a glass of champagne or an inspiring cocktail.

At Friedrichstraße the history of the Wintergarten started in 1880. In 1900 it was one of the best among the 80 Berlin varieties. No novelty, no sensation and none of the major entertainers was able to go past the Wintergarten: the most well known girl troupes performed here, virtuoso artistes, the clowns Grock and Charlie Rivel, the wonder juggler Rastelli as well as the escape artist Houdini. During the 20s names such as Claire Waldoff and Otto Reutter marked the reputation of the house. In 1944 only the legend of a big name, Wintergarten Varieté, remained after a bombing raid.

On September 25, 1992 the Wintergarten Varieté re-opened at its current location. The press cheered: Berlin had its Wintergarten
back!

Today the theater is not only very popular with the Berliners. As a result of word-ofmouth recommendations and the media, the Wintergarten reaches a broad international audience and is recommended by Time Magazine as a cultural experience for Europe. More than 4 million visitors attended the extravagantly produced shows since the re-opening. 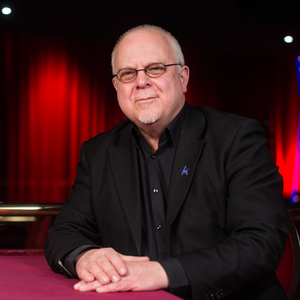 From production partner of individual shows via co-sponsorhip to premium partner of the theater for a year or more, there are extensive and attractive opportunities for the presence of your company. We invite you to put together an individual sponsorship concept from a comprehensive portfolio which goes perfectly with your company.