Novi Sad is the smallest city on the Danube, but has the highest number of bridges. There is a total of eleven bridges, eight under the Danube and three over the river. Our slogan ‘4 New Bridges’ arises from this identity, indicating the indestructible bridges in which people and processes create spaces and programmes – permanent legacies of the capital of culture.

It is no surprise that Novi Sad, the second-largest city in Serbia, is the first among the EU candidate countries to have been declared the European Capital of Culture. Five years have passed since Novi Sad was proclaimed a capital of culture, which changed the city forever. Devastated and neglected parts of the city got a new face. The suburbium of the famous Petrovaradin Fortress has been restored after almost 300 years, the Great Liman district, a former industrial zone, is transforming into a Creative District after 100 years, while the Ballet and Music schools got their new homes after 70 and 100 years of waiting. In addition to this, the City Concert Hall, the first-ever in Novi Sad, was built, and the network of eight cultural stations was established, which led to decentralisation of culture, bringing it closer to local citizens, artists and authors. These are the legacies that will continue to live even after the title year.

In 2022, Novi Sad will introduce its greatest programme legacies, the Kaleidoscope of Culture and Doček, to the local, regional and European public, along with other programme units, the so-called programme arches of the project. The programme narrative of the ‘Novi Sad – European Capital of Culture’ project stems from the slogan ‘4 New Bridges,’ which depicts the idea of creating new bridges of cooperation and exchange between artists and organisations from Novi Sad and Serbia, and the European cultural scene.

The opening ceremony – Doček on 13 January 2022
The brand of Doček, unique in Europe, that celebrates interculturality and connects two celebrations of New Year’s Eve, two alphabets and two calendars through two different concepts of celebration and two forms of art (visual and performance), will incorporate the opening ceremony of the title year, scheduled for 13 January 2022. Through the symbolism of Zenitism, an authentic Serbian avant-garde and anti-war movement from the beginning of the 20th century, Novi Sad will tell the world its unique story. The title year, 2022, is yet to come, but culture has already become a way of life in Novi Sad. 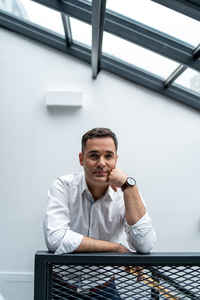 Annual of the European Cultural Market 2022